Loss of a Friend 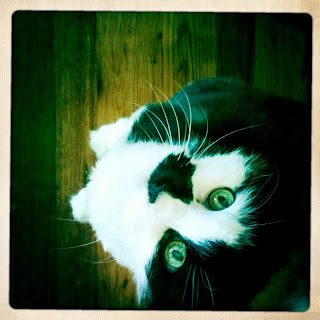 It has been a hell of a month and I've been on a blogging hiatus. I was sick for a week, then I had an insanely busy week of work in DC, then hours after arriving home I had to make the terrible, tough decision to euthanize my 17-year old cat. That was a week ago yesterday. I spent the first few days after in a cloud - depressed, crying, unable to do much of anything. Then the work week started and it was again an insanely busy week, forcing me out of my funk, at least to focus on work. That was probably a good thing as it took my mind off of my loss. I lost my motivation for awhile to write or talk about anything personal, only having the energy to work and then crash on the couch to watch mindless television. Apologies to my friends who haven't heard from me. I am slowly crawling out of my shell and am looking forward to reconnecting. 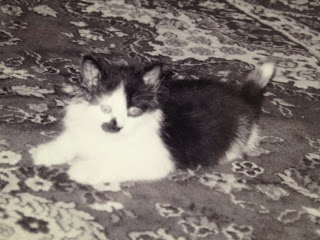 To those of you who have lost pets - I share your pain. I always have, but now I have this first hand experience...and wow. Nothing prepares you. I've watched my parents and friends lose pets and you see how hard it is and you feel it, but nothing prepares you for it finally happening to you. My Mr. Kitty was my first pet as an adult. He wasn't a family pet, he was completely my responsibility. I found him as an adorable fuzzy kitten from a shelter in Ithaca, New York during graduate school and I took care of him until last week - for 17 years. 17 years! That cat was with me through so many moves, jobs, homes, house mates, boyfriends/husbands and life changes and experiences. He helped me survive those life changes, tough times and heartaches including disease, divorce, death and so on. That cat kept me going. He came into my life in my 20s and has left in my 40s. No one has coexisted with me in my day to day life as long as him. 17 years. I have always felt a connection with animals and the pets in my life, but I had a special bond with him. It will never be replaced.

He suffered from diabetes for the past 5+ years. We had several near death experiences, but he survived. Almost a year ago he was on death's doorstep, but he had a miraculous turn around which was amazing. I am so grateful I got that extra year. The problem is you start to forget that it won't last forever. It feels like his decline came so quickly. Just weeks ago things seemed normal. But when I think about it I realize that his decline had been happening for quite some time. We sometimes don't notice the changes because they are subtle and we are surrounded by them every day. He was in decline. He wasn't in pain or suffering, but his organs were shutting down. He was old and he was living with diabetes for many years. I swore that I would never abandon him and I would be with him until the end. Which is why I was there when we took him to the vet, holding him as the doctor put him to sleep. The second after it happened, I was in shock and just about slipping over that dark edge into hysteria, feeling like I might simultaneously pass out and throw up. Not only are you losing your pet - this member of your family- but you are playing God and choosing to end that creature's life. When that shot goes in, they die in seconds. And there you sit holding the lifeless body of this being that you love. The motives are good of course - to keep him from a painful death, but it is still brutal. It was horrible. I don't know that I would advise it for others to be there. But I had to be there with him, holding him and giving him whatever comfort I could through it all. Because I had made that commitment.

I am so grateful for the 17 years I was given with this creature. It wasn't always easy (chewed computer cords, endless litter box cleaning, ruined furniture and carpets, aggressive behavior towards guests, teary drives to the emergency room, lots of $ for medical care and cat sitting to name a few), but overall he made my life more fun and full of love. I have so many good memories and beautiful photos. I take some comfort in the fact that I can pull up in my memory everything about him - his face, his eyes, his expressions, every inch of that body that I bathed and petted, his purr, his antics, his routines. He was a beautiful, unique creature and he was my baby. He will always be with me. Here are just a few photos and memories...