If the Byway ever takes you out this way, you must see the Great Salt Lake and Salt Flats to the west of the lake. Its a very unique environment. A week ago I finally made it to see Antelope Island on the Great Salk Lake. I had wanted to see it since we arrived in SLC two years ago, but just never made it over there even though its only about a 45 minute drive north from downtown SLC. 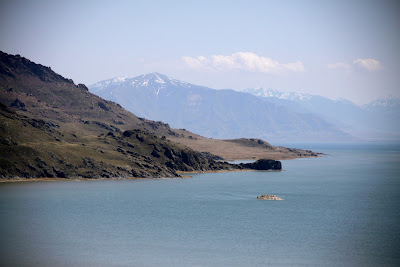 Why do we do that? There are these things we want to see in our own backyards, and they are easy to see, yet we just don't make it happen Then when we finally get ourselves there, we wonder what the heck took us so long. I was definitely thinking that when we drove across the 7 mile causeway out to the island - hardly any traffic, water on both sides, the island looming ahead, about a million ducks to the right of us who we later learned had just flown in a few days earlier migrating north. What a beautiful place! Why wasn't I coming out here to hike and bike and hang every weekend? And now we are leaving SLC. Sigh.. 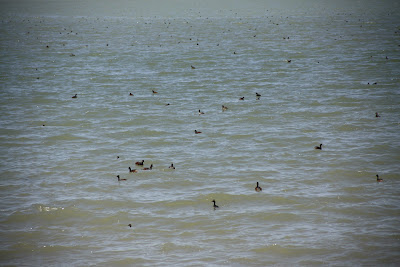 Antelope Island is this giant island in the Great Salt Lake. You can see it from very far away. It is 42 square miles and the largest of 10 lakes that sit in the lake. You access it from a 7-mile causeway from the mainland. It was a natural causeway built up with a road. Its only flooded once back in the 1980s. 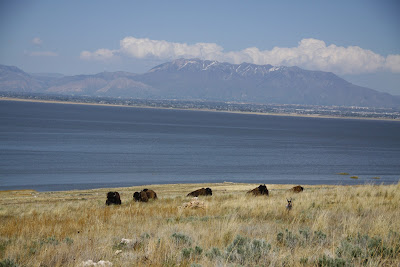 The island was named for the pronghorn antelope that lived, and still live, on the island. Plains bison were introduced to the island in 1893 and have thrived, with a maintained herd of about 600, as the island is mostly dry grassland. In addition to the bison and the pronghorn antelope, the island is home to mule deer, bighorn sheep, coyote, bobcats, badgers, porcupine and as you might expect many, many birds and waterfall - some native and many more who migrate through (more than 250 species have been identified on the island). The precambrian rocks on the island are some of the oldest in the United States, older than the ones at the bottom of the Grand Canyon. 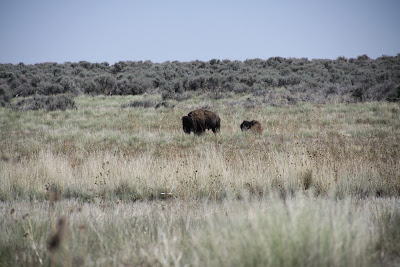 The island was settled by Mormon pioneers from 1848-1870. It was then sold to John Dooly, Sr, a private land owner, who managed cattle ranches on the island until 1981. The state of Utah purchased some land on the north side in 1969 and then purchased the rest of the island in 1981 from the Dooly family, including the Fielding Garr Ranch, the only residence on the island. Antelope Island became a Utah State Park in 1981. 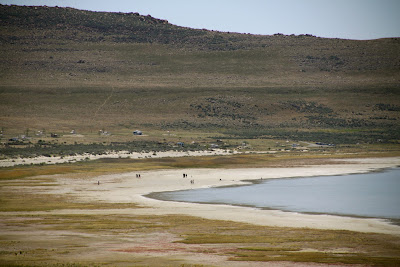 There is a beach where you can walk around in the stinky, salty water and swim/float out if the water is deep enough. The water is saltier than the ocean. The island has hiking trails and nice looking campgrounds that were not crowded. They have horseback riding, boating and wildlife walks. And it is an amazing place for biking. This trip we just did a drive around the island to see the main sites that you can see by car, but I will definitely return to hike and bike and camp. Check out the photos, check out the links and then make a plan to check it out in person. I promise it will be a beautiful Scenic Byway adventure. 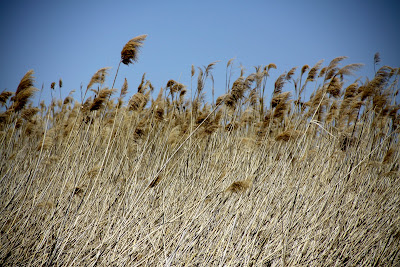 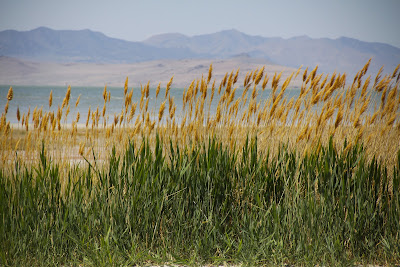 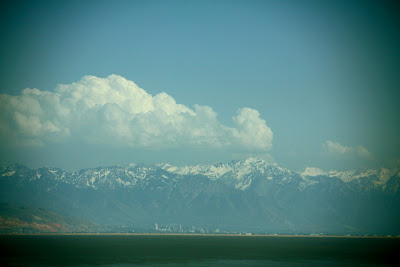