May Music Madness - Some tunes for road tripping

What do these things have in common?

Nothing except they are all musical artists that I recently felt inclined to financially support by buying their music on iTunes instead of stealing it from somewhere.

I am a small bit of a music/iTunes purchaser junkie. Its my bad habit. I no longer spend a lot of money on clothes, dinners out, bar tabs, etc., but occasionally I will click the magic button for instant musical gratification. And its happened quite a bit over the past few weeks because I've been spending so much time chained to my desk with work. What can I say? Music makes it all better.

Perhaps you will enjoy some of these. Perhaps you are already enjoying them. Its Friday - listen to some great music this weekend on your Byway adventures. Some info and links below. 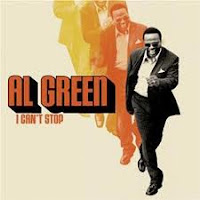 Al Green: I have always loved Reverend Green, but I only owned his greatest hits album. My brother in law was playing the "I Can't Stop" album one night when we were having dinner at his house...and I had to own it. Hard to believe that record was from 2003. Here's a little review that I generally agree with. Where was I that I missed this comeback album? I think I vaguely remember this happening, but I guess I wasn't really paying attention. But now I know. Thanks Michael for reminding me that Al Green music always puts me in a better mood. 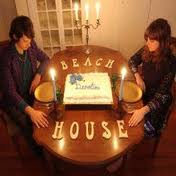 Beach House: Seriously, how did I not know about this Baltimore band when I was living in the area? I love them! I just discovered them last year and bought Teen Dream (2010) (their 3rd album) which I adore and play all the time. Its nice - dreamy, mellow. I love it so much I decided to try their 2nd album Devotion (2008). I am enjoying it. And get ready - they have a new one coming out this week, May 14 - Bloom.

Beastie Boys: The passing of Adam Yauch last week was sad, and it made me, and probably many of you of my generation, feel nostalgic and feel our age. Licensed to Ill was one of THE albums that reminds me most of my college days. I didn't follow them that closely through the years, but liked most of what they put out there. His passing inspired me to listen to them and I decided it was time to buy The Mix-Up, their 7th studio album, all instrumental, from 2007. Very sad he isn't around any more to make more music. 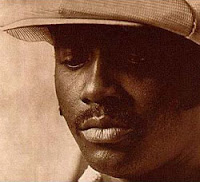 Donny Hathaway: How could I not have "A Song For You" in my music collection? I love that song, and when I recently heard a dumb guy sing it on American Idol (although he did sing it well) about a month ago, it stuck with me and I had to have it. Plus a few others. Such a beautiful voice, reminding me of my childhood in the 70s. A true classic.

Future Islands: Yet another Baltimore band I didn't know about until I live on the other side of the country? What gives? I guess I wasn't spending enough time in Baltimore when I lived out East. Dc'ers take note, they have played at the Black Cat and could do so again. How to describe this band? I like the lead singer's voice. I like the sound. It reminds me of some music I liked in the 80s. An indy band. I like their videos.  On the Water is their third and latest album. I don't now if I would like their earlier ones - haven't listened yet - but I like this one. I read about it on a blog I follow, listened to a few tracks and decided it was definitely worth owning. I think what really sold me on it was this song and this video. Summer! Youth! Love! It makes me miss the East coast.


Jack White: Oh music god. Raw, talented, wacky, sexy. I don't like a lot of hard sounds, but I have always loved the White Stripes. Its his voice. The guitar. How can you not be in love with that voice? He has a new album just out a few weeks, Blunderbuss. I haven't bought the album yet (getting close...), but I did buy the song Love Interruption which I have been in love with ever since I saw him perform it on David Letterman weeks ago. That performance was hot! Check out the video, a pale version of what I saw on Letterman - Jack looking all pale and vampire like.

Lana Del Rey: Knew of her a long time ago last year and loved and was fascinated by her, only being able to get snips of music on line. By the time her album finally came out a month or so ago I was annoyed and just about hating her and all the hype. I finally broke down and bought the Born to Die album. And I say PASS! I think I regret this purchase. I rarely regret music purchases because I am usually careful to know what I am buying, but this one might just have to go into the "what the heck was I thinking when I purchased this" category. Sigh. Oh Lana, your voice is just so effected I can't take it seriously and it makes me think of your giant fake lips and effected pout. I am too old for this album.

Late Night Tales: Midlake: I stumbled upon this on iTunes. What a great find. This is a collection of over 25 artists creating mixes from their favorite music/home record collection. "The Rolls Royce of compilation" according to GQ magazine. Who cares what GQ thinks? Listen to me! There are some great mixes here! I don't even know this group Midlake, but I like their mix. Check the mixes out here. 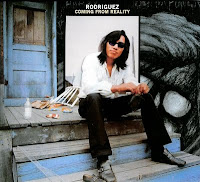 Rodriguez: Sixto Diaz Rodriguez - the "most famous man you've never heard of." I love this guy's story. He cut an album here in the US that never made it. Little did he know he was a rock legend in South Africa. There is a documentary film out about him that premiered at this year's Sundance festival and was shown at the more recent Tribeca film festival. His album Cold Fact (1970) is just 70s awesomeness. I mean chef out the photo? G.R.O.O.V.Y. Here's his website.

Scott Walker: And speaking of groovy...oh man. How has Scott Walker not been in my life until now? I love 60s and 70s music. I love 60s cheeze. You might have heard of this guy. He was the front man for the Walker Brothers who did have a hit that I know called The Sun Ain't Gonna Shine Anymore (you know you know it). Think Tom Jones. Jacques Brel. 60's films. "Music of your life" radio stations. He was much bigger in the UK and still makes music to this day. I bought a huge collection of his classics - because sometimes a girl just needs to listen to schmaltzy 60s love ballads.