We loved the city of Cologne (or Koln) and would gladly visit again. A must see there is the Roman Catholic Cologne Cathedral (the high cathedral of St.s Peter and Mary) referred to as Der Kolner Dom or Hohe Domkirche St. Peter and Maria or simply the Dom. Sitting across from the central train station, you can't miss it. Its striking two spires can be spotted in the distance from many places around the city and it is the image of Cologne. 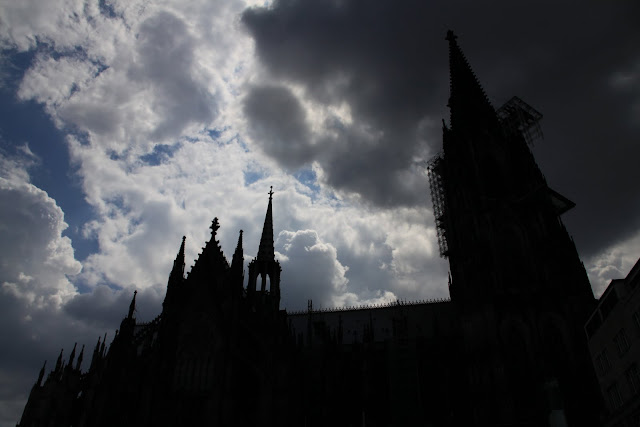 The Cathedral is a World Heritage Site and a beautiful example of gothic architecture in Germany. Construction began in 1248 and wasn't completed until 1880. I can never see or visit a Cathedral without thinking about The Pillars of the Earth, the historical novel by Ken Follett about building a cathedral in England in the 12th century. It's interesting and worth a read. 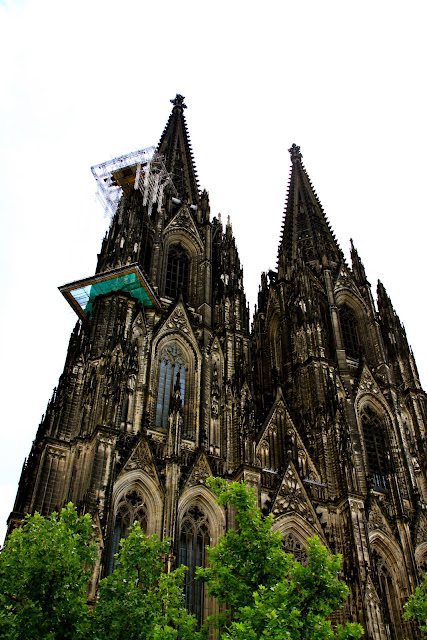 The Cologne Cathedral is one of the world's largest churches and it is the largest Gothic church in Northern Europe. Interesting fact - from 1880-1884 it was the world's tallest structure, until it was beat out by the Washington Monument. It has the second highest church spires in the world and it still has the largest facade of any church in the world (due to its two enormous spires). 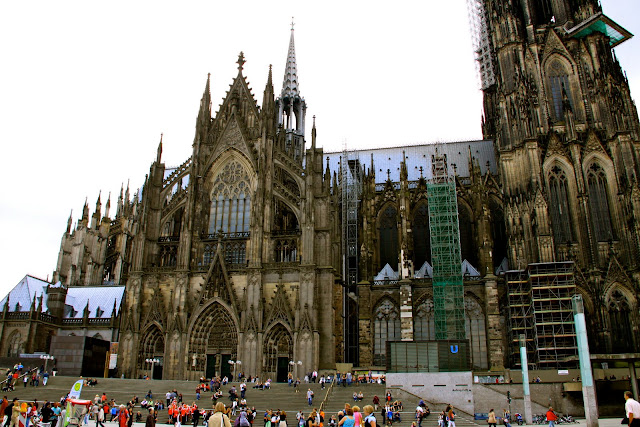 When we walked into the Cathedral there was a service and the choir was singing, with church goers responding. It was breathtaking. I wish we could have spent more time there just sitting, gazing, listening, absorbing its beauty. Next time. 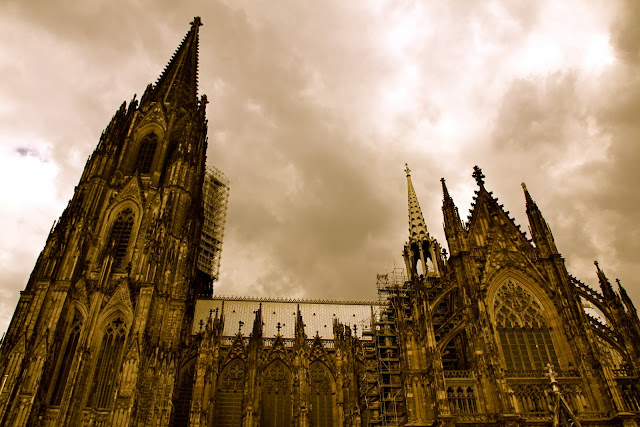