Is there something you wanted to do in your life, that when you consider it now, you feel like the window has closed?

I have quite a few of these things, and I am sure you do too, but what's been on my mind lately is Burning Man. Because its happening right now. My husband and I know people who have been going for years. We've both had the desire to go in the past, but we just never made it happen. And I think maybe it is now too late.

If you are one of the few people who still don't know what Burning Man is, then Google it, or go here. But I doubt there are many people any more who don't know about it. Its all over the news these days. Tickets sold out this year - I think for the first time ever. And flying home from Liberia the other day, on my Delta flight from Atlanta to Salt Lake, you could read about it in the Delta on flight magazine. Seeing it in the on flight magazine just felt so wrong, and it really drove the point home for me. That window has closed. I no longer have a desire to go to an event that is now so popular and well known that you can read about it in the Delta on flight magazine.

I respect the people I know who have been going for years and who still go. I know they have an incredible, memorable time. I hope they keep on going as long as they can. But I feel it is different for them because they are old timers. They were smart enough to get on board while it was more fresh. But for me to start going now - I don't know. The word is out. Everyone knows about it. And I don't like to experience things like this once they reach this point. I feel this way about South by Southwest. Too crowded. Too exposed. Too late. Should have gone back in the day.

I am sure that many who have attended Burning Man over the years feel similar thoughts about change. The festival has changed and grown so much over the years - attracting more and more people each year - capped at 50,000 for this year. 50,000?! Yikes! I am sure it is not the festival it was 2, 5, 10 years ago.

However, I realize that isn't necessarily a bad thing and that a good time is what you make of it and you have to be open to and embrace change. I don't mean for this to sound like a glass half empty rant, because its not. Its not a big deal that I never made it there - this is just something I've been thinking about lately...thoughts of the things we say we will do in our lives and then we never get around to them for one reason or another (for me for example - scuba diving, dance lessons, Bonnaroo, more trips to the theater, community volunteering, that trip to the Galapagos Islands, and on and on). And sometimes we realize that the strong drive is no longer there for certain things, or maybe we don't even want to do those things anymore. And it is not a missed opportunity, it is just life.

Maybe over time I will loosen up a little with this feeling about it being too late to attend Burning Man someday. Windows close and they sometimes open again. The weather changes. I must admit that whenever I look at the photos from the festival, it just looks so wild, weird and wacky - and I love wild, weird and wacky. For now I will simply enjoy and revel in the stories, photographs and escapades from friends who made it there this year. Sometimes that is good enough. 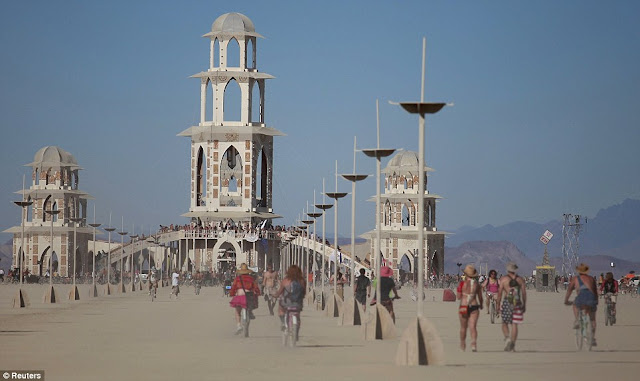 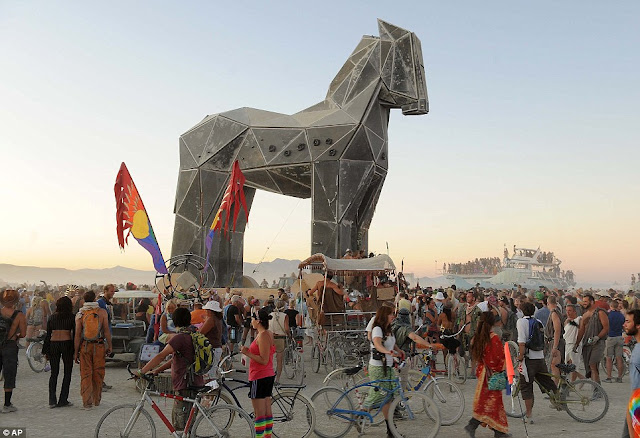