We are at Art Basel in Miami Beach again this year and it is a lot of fun. Who doesn't love looking at art?

Last night we went to the opening party for Mr. Brainwash's (aka Thierry Guetta or the guy in the Banksy film Exit Through the Gift Shop) exhibition at Boulan in South Beach. if you haven't seen this film, you should - its very interesting. A lot of people have issues with him because they feel he is not a "real" artist. For example a lot of the work that "he" creates, which looks very much like works from Warhol and Banksy and others, is actually created by a team of assistants. The controversy comes out in the film and has carried on as Mr. Brainwash has grown in popularity and notoriety.

I am not an artist so I don't think about this stuff a lot and I don't really have an issue with him. He loved, lived and breathed street art and was influenced and affected by it and decided to start creating it himself. More power to him. Street art was co-opted long ago. There are so many issues one could concern themselves with in the art world if they wanted to. I just like to look at art. I love pop art and street art. With him, he has an interesting story and I enjoy looking at the stuff that gets created from him and his team. Its fun, light, whimsical, nostalgic, familiar. It very much hits for my generation - using iconic symbols from my childhood. He seemed like a nice guy in the film and he seemed like a nice guy last night at the party. The atmosphere at the party was fun. Free drinks, interesting people, and the art work was fun to look at. Here are a few favorite shots from the night. 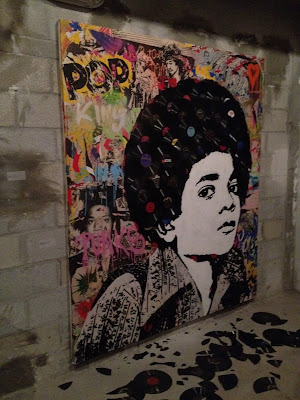 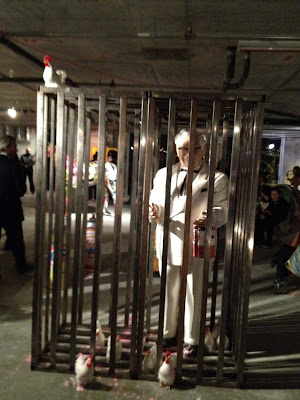 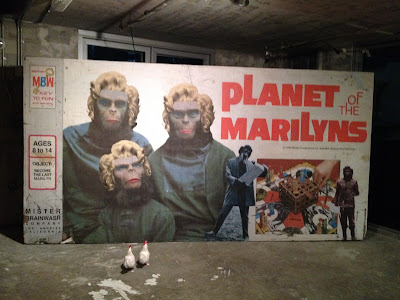 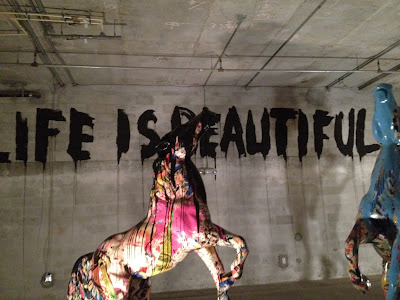 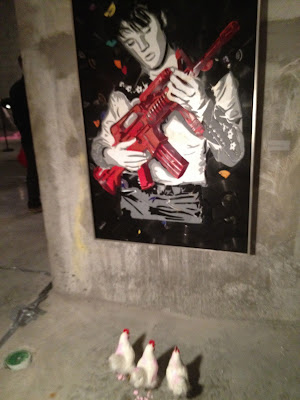 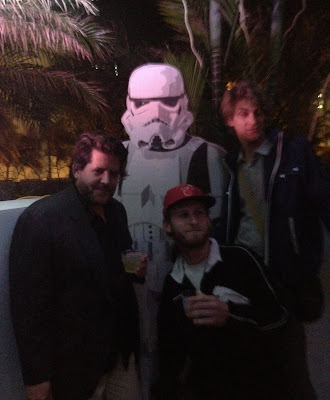