Liberia History
Founded in 1847, the country known as the Republic of Liberia was started by freed American slaves. “Liberia” means “Land of the Free”. The government was modeled after the US, and the capital city Monrovia was named after James Monroe, President of the US and a supporter of this movement. Of course there were already people living on the land (16 ethnic groups) so you could imagine that the arrival of these colonizing “Americo-Liberians” was going to cause some tensions at some point. Liberia suffered two civil wars (often referred to locally as World War I and World War II), from 1989-1996 and 1999-2003.
In 1980 Samuel Doe led a coup of men from many ethnic groups that claimed marginalization by the Americos and ended the Americo reign of power by killing the President and most of his cabinet and assuming power. Doe controlled things, manipulated election results and stayed in power until the first civil war in 1989 when Americo warlord Charles Taylor entered the picture. Doe was captured, tortured and killed (an all to common ending to many who have led countries in Africa – payback is a bitch). Lots of other players were involved during this period of course - Prince Johnson, military involvement from many of the neighboring west African countries, the US, and everyone’s favorite north African crazy Muammar al-Gaddafi. Taylor was in power but it was very unstable and the first civil war blended into the second. Taylor was forced into exile in 2003. He currently sits in the International Criminal Court in The Hague awaiting trial for war crimes. His son, found in California, has already been convicted of war crimes and sits in jail in the US.
Estimates are that 200,000-250,000 people died during the civil wars. That is a large number in any case, but it seems even larger when you realize that the entire population of Liberia is only around 4 million. In addition to these deaths, many more people were brutalized (injuries, rapes) and uprooted from their homes and forced to flee the country and live as refugees in neighboring countries. Infrastructure in the country was destroyed and life was disrupted including agriculture and schooling. So what you have now is a pretty broken environment and society trying to rebuild and make up for lost time. 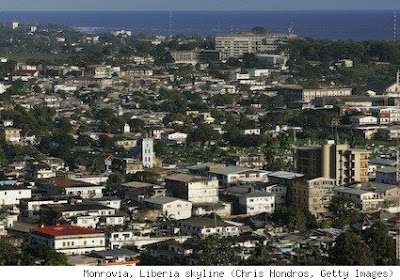 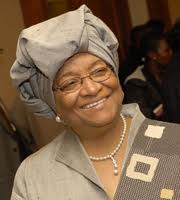