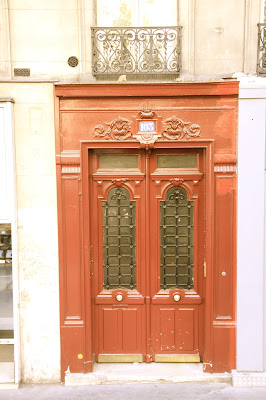 by Mary Jo Salter
Once, in a doorway in Paris, I saw
the most beautiful couple in the world.
They were each the single most beautiful thing in the world.
She could have been sixteen, perhaps; he twenty.
Their skin was the same shade of black: like a shiny Steinway.
And they stood there like a four-legged instrument
of a passion so grand one could barely imagine them
ever working, or eating, or reading magazine.
Even they could hardly believe it.
Her hands gripped his belt loops, as they found each other's eyes,
because beauty like this must be held onto,
could easily run away on the power
of his long, lean thighs; or the tiny feet of her laughter.
I thought: now I will write a poem,
set in a doorway on the Boulevard du Mont Parnasse,
in which the brutishness of time
rates only a mention; I will say simply —
that if either one should ever love another,
a greater beauty shall not be the cause.
"Boulevard du Mont Parnasse" by Mary Jo Salter, from Sunday Skaters. © Knopf, 1996. Reprinted with permission.
Writer's Almanac - Merci! Poems, poems...only for this month to celebrate National Poetry Month...
Posted by Wendy H at 5:44 AM