Museum of Ancient Life - "The Taj Mahal of Dinosaur Museums" 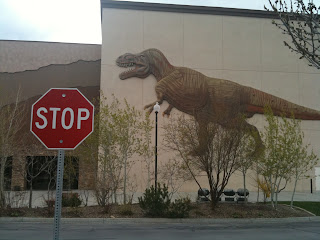 On Tuesday I went to Thanksgiving Point in Utah. Actually it is Lehi, Utah, but the area is called Thanksgiving Point. My husband tells me this area was developed by a Word Perfect executive (housing, shops, this museum, golf course, a giant garden, with the tallest manmade waterfalls in the western hemisphere). I drive by this place all the time on Route 15 S to visit family in Orem and then on to Vegas and the desert. But the reason I finally stopped to check out Thanksgiving Point? My mom. To visit Museum of Ancient Life.

Yes, the Museum of Ancient Life. Open since 2000, who knew that Utah possesses the "world's largest display of mounted dinosaurs?"Yes! "The Taj Mahal of Dinosaur Museums." 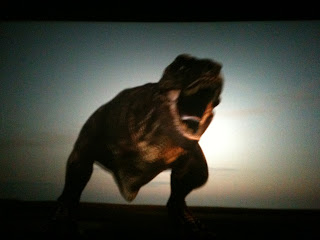 My mom loves dinosaurs. And she is visiting. And it has been kind of a dull visit, doing very little. Until this. I don't think I would have thought to go to this dinosaur museum were it not for my mom. Thanks mom. I did not even know there was a dinosaur museum there, along Route 15 S. So we went. And wow! This was a really cool, cool museum. Not only was it a cool museum (world's largest display of mounted dinosaurs!), but we also saw two pretty cool 3-D movies: Walking the T-Rex, The Story of Sue (the best one - see the photo); and Sea Rex, Journey to a Prehistoric World (cheezy, but still informative and interesting and fun). 3-D movies. Giant theater. 3-D. Hardly anyone in the theater but us (a random Tuesday at 4 pm). Dinosaur history. Awesome. 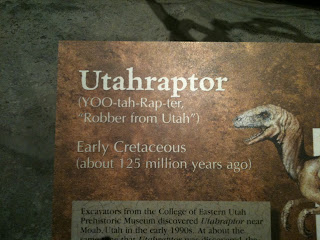 In addition to the awesome 3-D theater you have 60 complete skeletal displays. A working paleontology lab. Lots of fun stuff for kids. The coolest museum with dinosaurs I've ever seen. 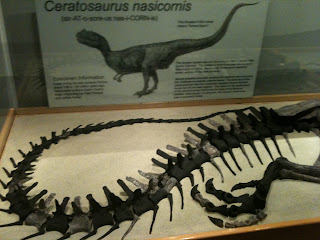 And here is a dinosaur that was discovered in Wyoming by someone I know. Yes! I know a real live paleontologist who lives in the area. A friend of my husband's. Who discovered this dinosaur. And its remains are in this museum. Ceratosaurus nasicomis. Cool.

I don't have a lot of interest in dinosaurs, but I liked this museum a lot. If you are visiting Utah, I recommend checking this place out. If you live here, you have no excuse for not seeing it - kids and adults. 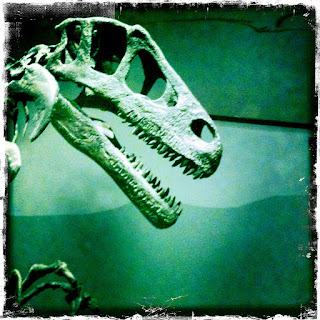