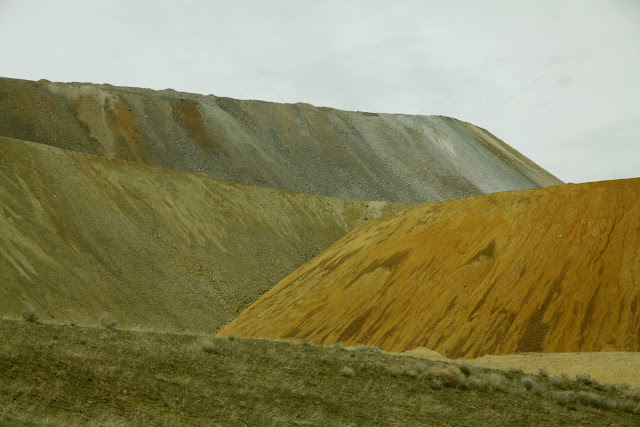 The "Richest Hole on Earth" is in Utah. I did not make this name up...see the photo below. It is the Kennecott Utah Copper Bingham Canyon Mine (part of the giant global Rio Tinto company), in Bingham Canyon, south west of Salt Lake City. You can see it off in the distance as you drive around the valley here. This mine sits at 6,440 feet. It was a mountain (up until 1906) that has now been excavated open pit style. It was the world's first open pit copper mine. 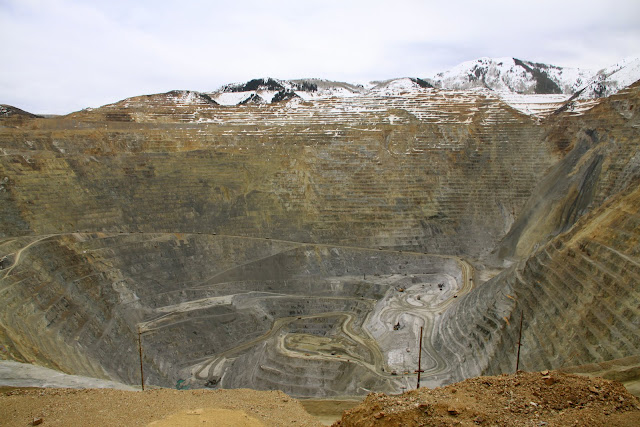 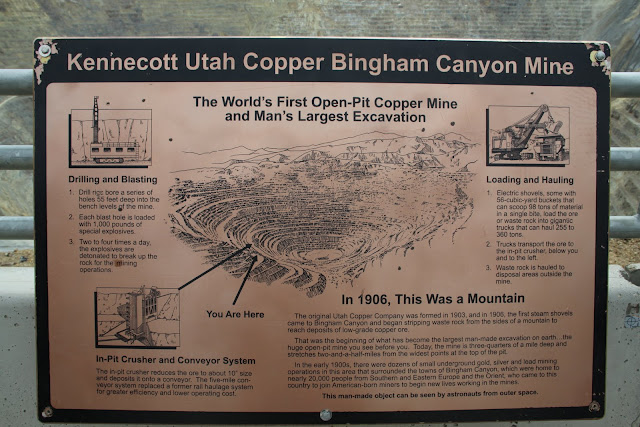 . The mine has produced more copper than any mine in history - about 19 million tons. The mine produces 55 Million tons of copper per year and 120 Million tons of other rock product used for a variety of things. The get some gold and silver. On average you have to mine a ton of ore to get 10.6 pounds of copper in that mine. That is a lot of mining. At the Visitors Center we saw a film about the mining operation and the extent of what they do here is kind of mind blowing. Copper is used in so many of the things in our daily lives. I bet most people don't know or think about that.
Copper is the oldest metal we know of. We have record of man using this metal as far back as 10,000 BC. Around 5,000 BC man learned how to smelt the metal to produce other types of metals that could be used for tools. Around 3,000 BC man mixed tin with copper to produce bronze, a much stronger metal. Later in the BC era, zinc was mixed with copper to create brass, another versatile and durable metal. Copper is used in everything - appliances, transportation, communications, electronics and on and on. 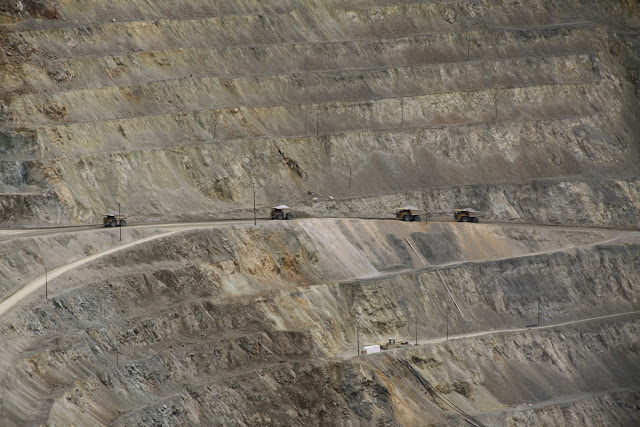 In addition to being the second largest copper producer in the US, the mining activity provides 2,400 local jobs and indirectly affects another 14,800 local jobs. It is almost a $1 billion activity in the state of Utah. The mine is almost tapped out in its current state so they are in the process of getting approvals for an expansion plan that will allow the mine to continue until 2028. Given the negative history of mining, the global increase in concern over the environment, and this need to expand, much of the information in the visitor center, including the film, emphasizes the good practices this mining company has been pursuing and how they will continue to do so. For example they have invested a lot to clean up other earlier not so environmentally friendly mining efforts around Utah and they have lots programs working on land reclamation, water clean up, wildlife protection, etc. 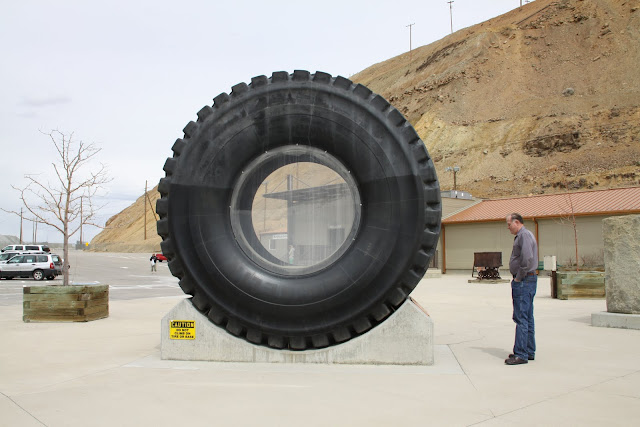 To survive in mining today you have to be an environmental steward (as much as you can be with this kind of extractive industry) and a developer of benefits for the surrounding communities, especially in a place like the US. So I believe that this company is doing what they can to make things better - again, as good as you can be in the reality that is mining. Mining is a dangerous, controversial activity, but unfortunately, we can't live without it in the world we have created and live in day to day.
The Visitor Center is open seven days a week from 8 am to 8 pm. The cost is only $5/car. You enter through a guarded, gated area and then drive a few miles on the private land to the edge of the open pit mine. Seeing that pit is pretty amazing. The information in the little museum is interesting. The views of the Wasatch mountain range across the valley are beautiful. Worth a visit for tourists and natives. 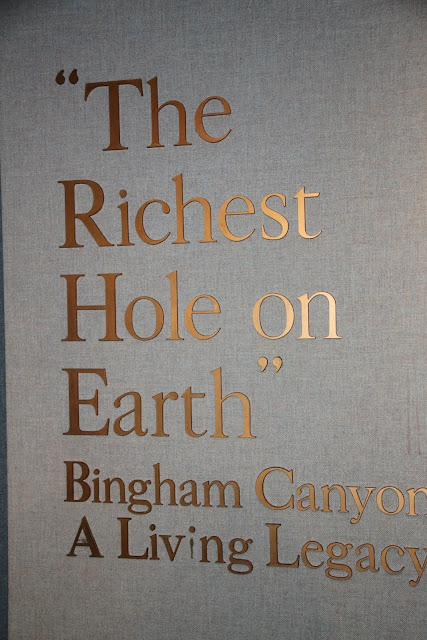