MBFGW is Coming to America!

Get ready girls and boys...delicious trashy TV - some of the best the UK has to offer (in my opinion) - is coming across the pond. Yes, finally...My Big Fat Gypsy Wedding is coming to the US! Not only the UK Gypsy version, which is currently in its second season in the UK, but apparently they are also making an American version called, of course, My Big Fat American Gypsy Wedding. TLC has acquired the rights to the UK version and episodes start airing May 29. 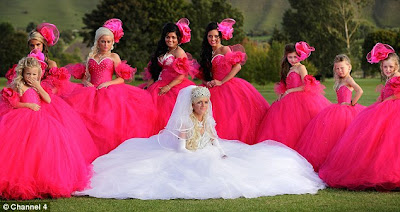 I first learned about this show when I was in London in October 2010. My husband and I innocently stumbled upon while channel surfing in a London hotel room. I enjoyed it so much I took photos of the show on TV and blogged about it.

I am not the kind of person who likes to watch wedding shows, and most reality TV makes me crazy. But this is a wedding reality show that I can enjoy because the lives of the Traveler families in the UK are fascinating to me, and best of all the outfits and ceremonies are absolutely outrageous and unbelievable. Just check out the photos from my earlier blog entry or these here. (These photos are from the show and borrowed here from an article in The Daily Mail, courtesy of Channel 4.) 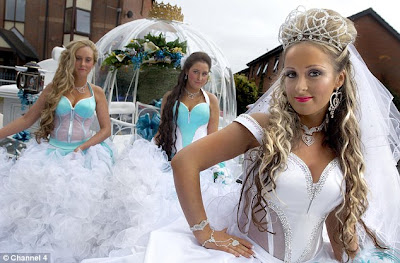 For the US remake apparently scouts are searching for gypsy families in the US, mostly in the southeast, to participate in the American version of the show which is set to air next year. I am not so sure I will want to see the American version. It just feels more compelling to me to watch the events unfolding in the UK. Plus once its been done, its been done. The remake just won't be the same. This just seems like yet another show that was a great idea in the UK, but then when they remake it over here, it loses some of its charm. For example I really loved Gordon Ramsay's shows Ramsay's Kitchen Nightmares and Hells Kitchen in the UK, but am not so crazy about his remakes in the US. Also, did you ever see the UK version of Life on Mars? Great TV. The one they remade for the US market - phooey.

I can't wait to watch this really, really good bad TV. My DVR is ready to record. Check it out on May 29 on TLC. How could you miss it? See it for the outfits alone... 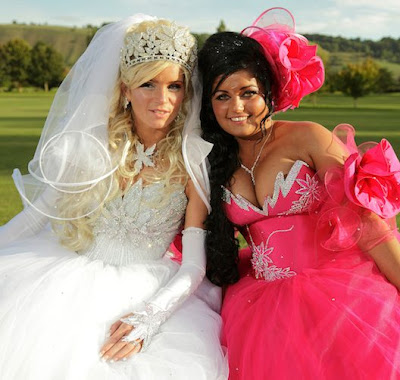 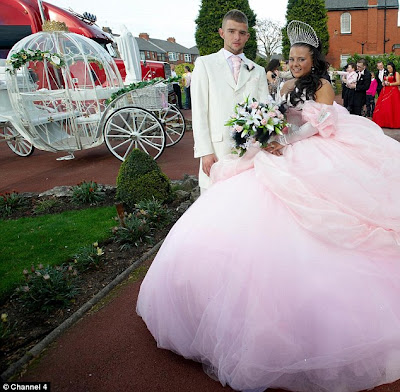