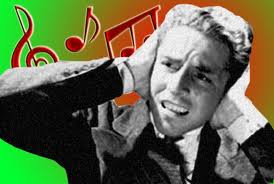 This morning going through my music collection to put together a new mix, I came across an album that I love - ELO's Greatest Hits. Now don't laugh. I have a very eclectic collection of music. And I love a lot of old music that I grew up hearing on the radio. Some of ELO's stuff is fun. Listening to ELO reminds me of my youth and it also brings up some fun memories driving around Zambia on a work trip with a friend and former colleague years ago). As so often happens with greatest hits collections, I love most of the songs (isn't that the purpose of a greatest hits collection), but there is always at least one loser, sometimes a few, in any greatest hits collection. You accept those loser songs into your life because you want the rest of the "best of." Do you have bad songs in your music collection because of this?

It suddenly struck me that the beauty of storing all your music on your computer is that you can REMOVE a song if you don't like it so it never appears again in your shuffle or when you are listening to an album.  Do I care if the complete collection will be missing a song if I can't stand that song and never plan to listen to it? I just use the skip function. Old school. Epiphany. I should remove these bad songs completely.

So what song was it that made my skin crawl? ELO's Hold on Tight to your Dreams. Oh man. Just saying the title makes me cringe and suddenly I can hear it in my head. Sigh. And as soon as that song hit my senses, my brain started sifting through data and cranking out all the other songs I can think of that I cannot stand. Songs that I really dislike. The kind that make me want to walk out of a room. The kind that I cannot understand how any human being could like them. I do not understand how these songs got made, and sold, and in most cases played over and over and over again on the radio and thus accepted by so many people. How does it happen???

Here is the list that came to my head at one sitting... 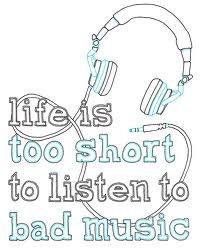 So...there are just some artists that consistently put out crap and I can say I don't really like anything they do - I just do not like their style of music (as noted above). But then you have some artists that you like and think they put out some decent music, but then they put out a real bomb of a song. I think that is the worst. I mean I like the Beach Boys for what they are, but that song Kokomo? It makes me want to rip my ears off and run screaming from the room. And I know there are a lot of people out there who LIKE that song. I just. do. not. get. it.
Interesting that this list all comes from my teenage years (80s) isn't it? I realize there are so many more truly bad songs out there (from earlier and current), but this is just what popped into my head in one sitting and I can't waste any more brain space on this.
I thought about linking the videos for these songs, because I love to do the links for you, but I decided these songs just aren't worth the effort and I don't want to inflict pain on you. If you know these songs, then you already know what I am talking about. If you don't know them, then do yourself a favor and never listen to them. Run! Stay away.

What is on your bad song list? I mean "make you want to run from the room kind of bad."
Posted by Wendy H at 11:47 AM