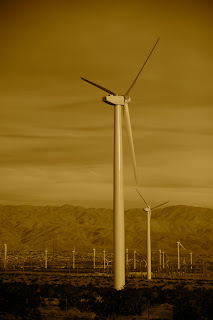 Driving south on Route 62 from the Yucca Valley area, heading towards Palm Springs or Los Angeles, looking out across the valley where Route 62 intersects with Interstate 10, you see an incredible number of wind turbines. The most I have ever seen. There may be larger wind farms in Europe, but I think this has to be one of the largest in the United States. It is one of three large ones in California - the others being Altamont and Tehachapi. During our drive yesterday to Palm Springs I captured a few photos of some of the wind turbines (and played with the iPhoto editing tool - I am starting to learn how to improve my photos or alter them and I am in a sepia mood today). A little research revealed some interesting facts.

This wind farm sits in the San Gorgonio Mountain Pass in the San Bernadino Mountains. It is the oldest commercial wind park in the United States, with 4000 (!!) turbines, over two dozen types of turbines, and four generations of models in operation. The wind farm generates 600-900 MW, enough to power Palm Springs and some of the surrounding area.

I found some websites that say you can take a tour of the wind farm and that this is the only public tour of a working wind farm available in the world. I think that could be an out of date statement, but it sounds pretty cool. I need to do some research (see a few sites noted below) because if there is a tour, I want to go and will try to do so this year. 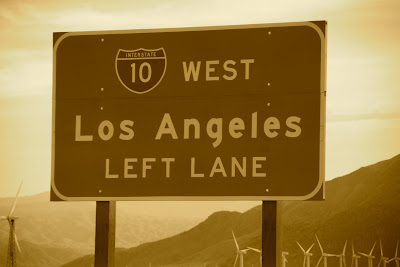 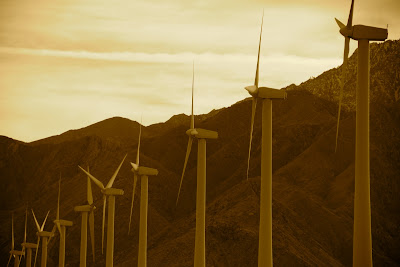 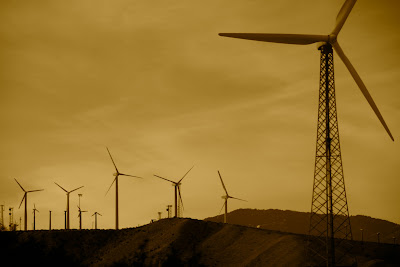